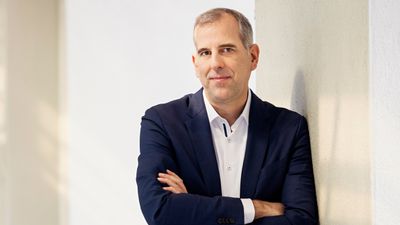 Cologne, 17 November 2022 – RTL Group today announced that Stephan Schmitter, currently Chief Journalistic Content Officer at RTL Deutschland, has been appointed to the Management Board of RTL Deutschland with immediate effect. As Managing Director of Programming, he will take on responsibility for all content (entertainment, journalistic content, fiction, sports and RTL Studios productions) and brands from RTL Deutschland. By bundling content and brands, the company will further optimise the cross-media playout of content across all channels – TV, streaming, radio, print, online and social media – and promote the interaction of brands such as RTL, Vox, NTV, Stern and Geo. RTL Deutschland’s Brand & Marketing department will also move into Stephan Schmitter’s area of responsibility.

Thomas Rabe, CEO of RTL Group and Chairman of the Management Board of RTL Deutschland, says: “Stephan Schmitter is a great addition to the Management Board of RTL Deutschland. For more than 18 years, he has demonstrated a flair for programming, journalism and marketing in numerous management positions across RTL – and has shown that he leads creative teams in a collaborative manner. With his responsibility for all content, we are creating the foundation to further increase our audience shares in the German TV market, to continue the growth of our streaming service RTL+, and to realise the synergies from the combination with Gruner + Jahr. I look forward to our continued cooperation and wish him every success in his new role."

Thomas Rabe continues: “On behalf of RTL, I would like to express my sincere thanks to Henning Tewes for his achievements and great commitment. Both internationally and in Germany, he has shaped RTL's programming and developed new business models. He has led our German flagship channel RTL Television, as well as our other channels, with passion and determination. Furthermore, over the past three years, he has also significantly expanded and diversified the programme line-up of RTL+ with numerous originals across all genres – thus strengthening RTL Deutschland's position in the creative market."

Henning Tewes, Chief Content Officer at RTL Deutschland, says: "RTL Deutschland is a great company – you can feel the enthusiasm and identification with our great content and brands in all areas. I would like to personally thank my teams for their enormous commitment and the content standards they uphold in our programmes. I sincerely wish Stephan Schmitter every success at the helm of these outstanding creative teams. Even though it is not easy for me to say goodbye to RTL Deutschland, I am looking forward to my future tasks at RTL Group and thank Thomas Rabe for his trust."

Henning Tewes joined RTL Group in 2005 as Vice President Corporate Strategy. At the end of 2008, he became part of the Management Board of Alpha TV in Greece, where his latest position was Programme Director. In July 2012, Henning Tewes became Managing Director of the Luxembourg-based news agency Enex, which is also part of RTL Group. From July 2014 to April 2019, he successfully led RTL Croatia as CEO. In May 2019, Henning Tewes joined RTL Deutschland as COO Programme Affairs & Multichannel. In December 2019, he additionally became Co-Managing Director of TV Now (now RTL+), taking over responsibility for the streaming service’s content offering. In March 2021, he additionally became Managing Director of RTL Television, Germany’s leading commercial TV channel. Following the combination of RTL Deutschland and Gruner + Jahr in January 2022, Henning Tewes took over as Chief Content Officer of RTL Deutschland. He has since been responsible for the TV business of all channels (except NTV), the content of RTL+, all content in the entertainment sector, the RTL Studios production unit and programme purchasing. 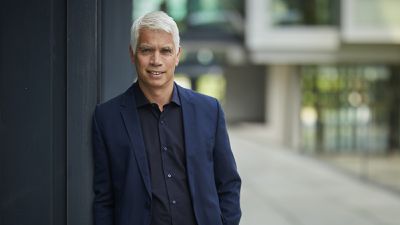