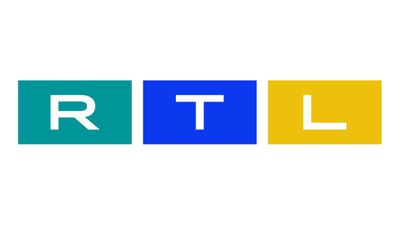 RTL Group and Talpa Network today announced that they have signed agreements to merge their broadcasting and affiliated media businesses in the Netherlands and create a strong Dutch cross-media group. In the growing competition with global tech platforms, the merger will allow the combined group to step up investments in local content, technology and data, offering Dutch audiences the broadest spectrum of high-quality entertainment and reliable information programmes. Both the Dutch creative industry and advertising market will benefit from the ambitious long-term strategy pursued by RTL Group and Talpa Network.

The transaction, which has been approved by the Board of Directors of RTL Group and Talpa Holding, is subject to approval from the competition authorities and is expected to close in the first half of 2022. The advisory process with the respective works councils will start in due course.

In addition, Talpa Network’s content units (Talpa Concepts, Talpa Entertainment Producties) – which are not part of the deal – and RTL Nederland will enter into a content agreement for newly developed formats for linear TV channels and for the streaming service Videoland.

The combined group would have 2020 revenue of €909 million1 and operating profit (EBITA) of €84 million1. The annual content spend of the combined group amounts to more than €400 million. The potential synergies of the merger (EBITA run-rate impact) are estimated between €100 million and €120 million per year, to be fully realised in 2025.

Thomas Rabe, CEO of RTL Group, says: “Following the proposed merger of Groupe TF1 and Groupe M6 in France, the combination of RTL Nederland and Talpa Network is the second major step to scale up our broadcasting businesses across our European footprint. The new cross-media group will have the size, resources and creativity to compete with global tech platforms in the Netherlands when it comes to investing in premium content, offering the most advanced addressable advertising opportunities, and expanding Videoland, the leading national streaming service for Dutch viewers.”

Elmar Heggen, COO and Deputy CEO of RTL Group, says: “This merger demonstrates that a combination of national commercial broadcasters in a rapidly changing environment forms a strong and sustainable basis for future growth in the interest of our shareholders. John de Mol has an outstanding entrepreneurial and creative track record. Our long-term partnership and collaboration in the area of content development will be an important success factor for our linear TV channels and streaming offers.”

John de Mol, owner of Talpa Network, says: “I started Talpa Network to build a strong Dutch media company able to compete with the growing global platforms in order to preserve local content. This next step will allow us to do just that – and I am pleased that the deal creates a strong Dutch company that not only guarantees Dutch quality content, but is also able to take on the American and Chinese tech players. On top of that, it allows me to fully focus once again on what I like best: the creation and development of new innovative content.”

Pim Schmitz, CEO of Talpa Network, adds: “We have been able to build a strong, local, creative media company, despite challenging circumstances. There is no better time to combine forces with RTL.”

Sven Sauvé, CEO of RTL Nederland, says: “Over the last 31 years, we have built a successful company with solid financial foundations. The current changes in the media industry demonstrate the importance of strong national media players that understand the art of local storytelling and invest substantially in digital innovation, social and cultural relevance, and independent journalism. This exciting new phase gives us the possibility to ramp up investments in content, technology and data to create a competitive and distinguished alternative to global tech players. This will bring value not only for our viewers, but also for advertisers and the creative industry as a whole. We look forward to working together with John de Mol and Talpa to steer this new group towards a bright future.”