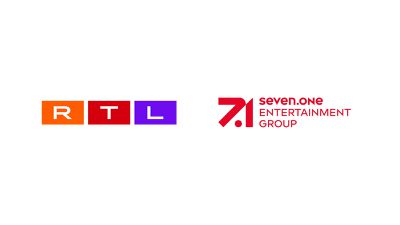 RTL Deutschland and Seven.One Entertainment Group are to set up a technology joint venture, subject to pending regulatory approvals. The aim is to establish existing technologies for Addressable TV based on open standards, such as HbbTV, on the European market.

The joint venture will involve offering central technical solutions to consumer electronics manufacturers and broadcasters to make interactive services on Smart TVs more easily accessible for the innovative advertising form provided by Addressable TV. These solutions will be licensable for all European broadcasters. This will create the technical link required between open standards and their marketable implementation in Smart TVs.

The partners expect to receive the necessary regulatory approvals in the second half of 2022.

RTL Deutschland and Seven.One Entertainment Group are already partners in a successful joint venture, d-force, to help advertisers engage their target audiences via Addressable TV and online video across multiple sales houses and with a corresponding broad reach.

RTL Deutschland, in conjunction with Gruner + Jahr, is Germany's leading entertainment company, spanning all types of media: TV and streaming, print and digital, radio and podcasts. It is home to some of the country's strongest media brands, from RTL to STERN, BRIGITTE to VOX, and GEO to ntv, and operates its largest streaming platform, RTL+, with over 3 million subscribers. RTL Deutschland owns 15 TV channels, 50 premium magazines, the AUDIO NOW podcast portfolio and numerous digital offerings, such as CHEFKOCH and Wetter.de. The company also boasts one of Germany's largest advertising sales houses: Ad Alliance. Thanks to targeted investments in tech and data, RTL Deutschland is strategically well on the way to becoming the number-one media company in terms of technology. RTL Deutschland has its headquarters in Cologne and offices at 17 other locations, including Hamburg and Berlin. It employs 7,500 people and is part of RTL Group.

Seven.One Entertainment Group is a wholly-owned subsidiary of ProSiebenSat.1 Media SE. Since October 2020, the smart entertainment company has brought together all of the Group's channel brands as well as the content, digital, distribution and marketing business under one roof. Regarded as an innovation driver in the ad tech sector, Seven.One Entertainment Group is committed to delivering strong and popular content brands for German audiences, on all available platforms.