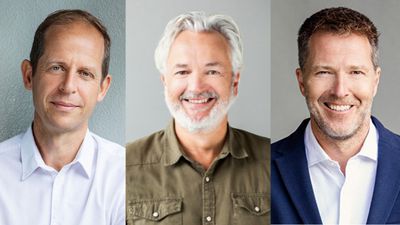 Effective as of 1 September 2021, Matthias Dang and Stephan Schäfer will take over the leadership of RTL Deutschland as Co-CEOs. The former CEO of RTL Deutschland, Bernd Reichart, will leave RTL Group to take on new management responsibilities within the Bertelsmann Group.

Thomas Rabe, CEO of RTL Group, says: “By combining RTL Deutschland and Gruner + Jahr, we are creating Germany's first cross-media champion and making a clear commitment towards long-term growth and greater investment in quality content, diversity and pluralism of opinion. For this important task, we have created a new leadership structure. With Stephan Schäfer and Matthias Dang, the company will be led by two Co-CEOs who know and complement each other well, combining programming competence with journalistic and commercial expertise, strategic foresight and leadership strength. With the successful establishment and expansion of the Ad Alliance, they have demonstrated that the combination of RTL and G+J creates value for both sides and opens up new growth perspectives. I wish Matthias Dang, Stephan Schäfer and the whole management team every success in their future tasks and look forward to working with them."

Thomas Rabe continues: "At the same time, I would like to thank Bernd Reichart. He has contributed significantly to the success of RTL Deutschland – first as Managing Director of Vox, then at the helm of RTL Deutschland. He has driven the company’s digital transformation – especially through the rapid growth in streaming – concluded strategic partnerships and made significant progress in the repositioning of the RTL brand.”

Joint statement from Stephan Schäfer and Matthias Dang: “We look forward to our new role with both joy and respect. RTL Deutschland has set itself many goals, including the positioning of RTL as a leading entertainment brand that stands for independent journalism, attitude and inspiration. To achieve this, we want to expand our family of channels in Germany around RTL and Vox, alongside further accelerating the growth of our streaming service RTL+. From January onwards, we will also have the opportunity and the mission to build Gruner + Jahr's journalistic expertise and brands into something new – the first media company that is a leader in all genres, attractive to creatives and audiences alike. We are very much looking forward to working with all our great colleagues to achieve these goals.”

Bernd Reichart says: "After more than eight years at RTL Deutschland, I look back on the time with pride and gratitude. To be able to work both creatively and strategically with such an exceptional team during this exciting time is a special privilege. We have successfully accelerated the digital transformation of both our company and our offerings. I sincerely wish the new management team and all my colleagues success in their tasks ahead."

Matthias Dang studied economics in Mainz, Germany, from 1989 to 1993, where he worked in the editorial office for public television channel 3sat alongside his studies. In 1993, he graduated in business administration and joined IP Deutschland, where he held various marketing positions until 1998, when he was appointed Sales Director. In 2003, he became a Marketing Manager, followed by Managing Director Sales in 2004 and finally deputy Managing Director in October 2009.


Stephan Schäfer, born in 1974, has been Managing Director Content & Brands at RTL Deutschland since February 2019. In this role, he is responsible for RTL Deutschland’s channel portfolio, audio offerings, marketing, production management and programme purchasing. He has additionally been CEO of Hamburg-based publisher Gruner + Jahr since April 2021 and member of the G+J Management Board since 2013. He is also a member of the Board of the Bertelsmann Content Alliance.

Stephan Schäfer graduated from the Axel Springer School of Journalism before joining Gruner + Jahr as Editor-in-Chief and Publishing Director in 2009. In 2013, he joined the Executive Board as Chief Product Officer.

After graduating from university in 2001, he started his career in sports advertising sales at UFA Sports in Hamburg. In 2003, he was appointed Marketing Manager at sports rights agency Sportfive in Madrid. A year later, he became Head of Investor Relations at Antena 3 (now Atresmedia), an RTL Group affiliate, in Spain. From 2007 to 2013, he was Managing Director Multichannel at the Spanish broadcaster, responsible for five free-to-air TV channels. In February 2013, he returned to Germany as Managing Director of Vox and was appointed a member of the RTL Deutschland Management Board.