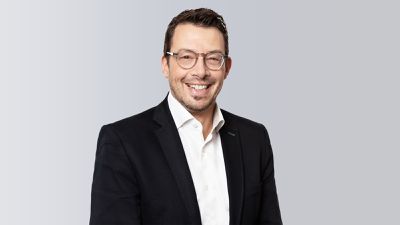 RTL Group today announced that Christophe Goossens has been appointed Chief Executive Officer (CEO) of the Group’s Luxembourg-based technical service provider, Broadcasting Center Europe (BCE), effective immediately. He will take over the leadership of BCE in addition to his role as CEO of RTL Luxembourg. Fred Lemaire, currently CEO of BCE, will become Chief Operating Officer (COO) of BCE – responsible for Finance and Operations – and CFO of RTL Luxembourg, also effective immediately.

Elmar Heggen, COO and Deputy CEO of RTL Group, says: “Christophe Goossens has shown strong leadership skills in transforming RTL Luxembourg into a fully integrated media company across TV, radio, streaming and online. At the same time, he has enriched RTL Luxembourg’s news offering and strengthened the company’s editorial independence. His entrepreneurial spirit, digital mindset and strong network will be key to enhance BCE’s market position as a leading technical service provider – both in Luxembourg and across Europe. I am delighted that Fred Lemaire will continue to serve in the executive management of BCE and will also contribute his experience and financial expertise to the further development of RTL Luxembourg. I thank Christophe Goossens and Fred Lemaire for their achievements and dedication, wish them the best of success in their new positions and look forward to continuing our close collaboration.”

BCE is a European leader in media services, system integration and software development in the areas of television, radio, live and on-demand streaming, production and post-production, telecommunication and IT. BCE serves more than 400 clients, such as TV channels, radio stations, film distributors, producers, advertising companies, telecommunications operators and public services.

Christophe Goossens (born in 1976) joined RTL Luxembourg in April 2007 as Station Manager and Director of Luxradio (Eldoradio) and was promoted to the post of Station Manager at RTL Radio Lëtzebuerg in October 2012. In October 2016, he became COO of RTL Luxembourg. Since January 2017, he has served as CEO of RTL Luxembourg. Prior to joining RTL, he was a partner of the Luxembourg-based mobile messaging and micro-payment service provider Mpulse and served in various capacities at telecoms operator Tango, also based in Luxembourg. Christophe Goossens graduated from the ICHEC Brussels Management School with a degree in economics and finance.

Fred Lemaire (born in 1971) joined RTL Group in January 2003 as Chief Financial Officer of BCE and was promoted to Chief Financial & Sales Support Officer of the technical service provider in July 2007. Since January 2014 he has been leading BCE as CEO. Prior to joining RTL Group/BCE, he served as Finance & Administration Officer at Sports Direct International and worked as an auditor at GIB Group and PwC. Fred Lemaire graduated from the University of Liège with a Master of Business Administration.