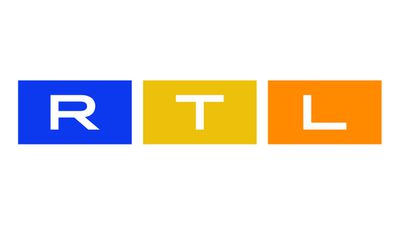 “Our streaming services TV Now and Videoland accelerated their growth, adding more than half a million new paying subscribers in the first three months of the year. This demonstrates how our streaming investments in content, marketing and technology – and our strategic partnerships – boost our progress towards creating national streaming champions. With new high-end drama series and a broad portfolio of entertainment shows, our global content business, Fremantle, had a strong start to the year.

Driven by our streaming and content production business, RTL Group’s revenue was up by almost 4 per cent organically in the first quarter – although lockdown measures led to lower TV advertising revenue. We see strong growth of our TV advertising revenue across our footprint for the second quarter of the year and confirm our outlook for the full year 2021.

As stated before, there is a strong case for consolidation in the European broadcasting industry. We are currently reviewing such options for our broadcasting businesses in France, Belgium and the Netherlands, with a view to creating value for our shareholders. There can be no certainty that this may lead to any type of agreement or transaction.”

Group revenue was down 4.2 per cent to €1,404 million (Q1/2020: €1,466 million), mainly due to negative exchange rate effects and scope effects resulting from the disposals of BroadbandTV and the Groupe M6 diversification businesses Home Shopping Service and iGraal. Lower TV advertising revenue in Germany and the Netherlands was compensated by increasing content, streaming and ad-tech revenue. Group revenue was up 3.9 per cent organically.

The revenue of RTL Group’s content business, Fremantle, was up 14.6 per cent to €433 million (Q1/2020: €378 million), driven by the delivery of the high-end drama series American Gods (season three) and The Mosquito Coast. Fremantle’s revenue in Q1/2021 was negatively impacted by exchange rate effects. The unit’s revenue grew 21.5 per cent organically.

Streaming revenue3 from TV Now and Videoland was up 40.5 per cent to €52 million (Q1/2020: €37 million), thanks to the rapidly growing number of subscribers.

At the end of March 2021, RTL Group registered 2.72 million paying subscribers for its streaming services TV Now in Germany and Videoland in the Netherlands, up 71 per cent year on year (end of March 2020: 1.59 million).

In March 2021, Mediengruppe RTL Deutschland and Deutsche Telekom agreed on the sub-licensing of exclusive rights to 17 Uefa Euro 2024 matches, as part of the companies’ strategic partnership announced in November 2020. The agreement covers the broadcast of 14 group phase matches, two rounds of 16 finals and one quarter-final exclusively on free-to-air TV on RTL Television and live streaming on TV Now. Extensive highlights, on-demand and news access rights are also included in the package, enabling Mediengruppe RTL Deutschland to report on all 51 Uefa Euro 2024 matches across all channels and platforms.

In March 2021, Mediengruppe RTL Deutschland and Sky Deutschland announced an agreement for closer collaboration in the areas of streaming and content. TV Now Premium will be available via an upselling option on the Sky Q platform from mid-2021, increasing the potential reach of TV Now by more than 2.5 million Sky Q customers. As part of the agreement, Sky exclusively sublicenses Formula One free-to-air rights to Mediengruppe RTL Deutschland. The main channel RTL Television will live broadcast four Formula One races per season. The agreement, initially concluded for two years, also includes extensive news access rights, enabling the German RTL family of channels to report on Formula One across all channels.

In March 2021, Mediengruppe RTL Deutschland announced a binding agreement with its current joint venture partner, The Walt Disney Company, to acquire the outstanding 50 per cent shareholding in Super RTL. The transaction – which is subject to approval from the German and Austrian competition authorities – will take RTL Group’s shareholding in Super RTL to 100 per cent.

In Q1/2021, RTL Nederland’s family of channels grew its combined prime-time audience share in the target group of viewers aged 25 to 54 to 34.5 per cent (Q1/2020: 31.1 per cent), 4.8 percentage points ahead of the public broadcasters. This audience growth was mainly driven by a strong audience performance of the main channel RTL 4, which scored high ratings with news and infotainment programmes in the early evening and shows such as The Traitors and Lego Masters.

Fremantle had a successful start to 2021, with the continued roll-out of Game of Talents in the United States, UK, Sweden and Belgium, the return of American Idol and the launch of Top Star, a brand-new format from Fremantle Spain. On the scripted side of Fremantle’s business, Miso Film’s The Investigation launched to critical acclaim and delivered record audiences on HBO and the BBC in the first quarter of 2021. Abot Hameiri’s hit drama Shtisel launched its third season on Netflix, while The Mosquito Coast launched on Apple TV+ this April.

In April 2021, Fremantle announced to increase its stake in Abot Hameiri, taking full ownership of one of the leading entertainment producers in Israel. The company is behind shows such as Power Couple, Find Me Somebody To Love, Hear Me Love Me See Me and the hit drama Shtisel. Abot Hameiri is also the Israeli producer for global formats such as Got Talent, Survivor and The X Factor.

In April 2021, Fremantle’s UFA announced the launch of its new production unit UFA Documentary. The unit will work alongside UFA Fiction, UFA Serial Drama and UFA Show & Factual as a standalone production company under the UFA umbrella, with a focus on documentaries, hybrid-docs and serialised features. Recent productions that prove UFA’s strong credentials in the field include Expedition Arktis, Der Große Fake – Die Wirecard-Story and Hannelore Kohl – Die erste Frau.

On 30 April 2021, RTL Group closed the transaction to sell its US ad-tech company SpotX to Magnite. As part of the transaction, RTL Group received US-$640 million (€528 million10) in cash and 12.37 million shares of Magnite stock. Based on the closing price of Magnite stock as at 29 April 2021, the agreement implies an enterprise value (100 per cent) for SpotX of US-$1.14 billion (€942 million10). SpotX continued its strong business performance in Q1/2021 with revenue up around 50 per cent.

RTL Group confirms its outlook for 2021, as published on 12 March 2021. This outlook assumes that the economic recovery continues in 2021 – in particular in Q2/2021 – as current lockdown measures are gradually eased and vaccination programmes against Covid-19 progress.

The figures presented in this quarterly statement are not audited.