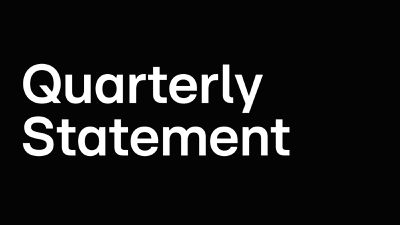 “In the third quarter of 2021, RTL Group continued to perform strongly. Revenue grew by 17.2 per cent organically in the first nine months of the year, thanks to the ongoing recovery of TV advertising markets and our growth businesses of content and streaming.

Following the launch of our new brand identity, we rebranded our German streaming service to RTL+ as of today, with a growing number of original formats across all genres. In the first half of 2022, we will expand RTL+ to a cross-media entertainment service, comprising video, music, podcasts, audio books and e-magazines. We will create Germany’s first cross-media champion, offering our audiences the most diverse spectrum of high-quality entertainment and independent information.

With the rapid growth of our streaming services and the planned cross-media expansion of RTL+, we have significantly raised our streaming targets. Compared to 2021, we will triple the annual content investments to around €600 million by 2026. We aim to grow the number of paying subscribers for RTL+ and Videoland to 10 million by the end of 2026, to grow our streaming revenue to €1 billion and to reach profitability of the two services by 2026.

RTL Group has defined clear targets for its growth businesses of streaming, addressable TV advertising and content – and we will have the financial flexibility and capabilities to further boost these businesses to create value for our viewers, clients and shareholders.”

The revenue of RTL Group’s content business, Fremantle, was up 24.4 per cent to €1,291 million (January to September 2020: €1,038 million), with the delivery of the high-end drama series American Gods (season three), The Mosquito Coast and the scope effect of the full consolidation of Eureka (as of 17 May 2021). Fremantle’s revenue was up 22.8 per cent organically compared to the first nine months of 2020.

Streaming revenue[2] from RTL+ (formerly TV Now) and Videoland was up 30.6 per cent to €162 million (January to September 2020: €124 million), thanks to the strong growth in paying subscribers for both services.

The rapidly growing German streaming service today rebranded to RTL+ and will provide additional 17 originals until the end of 2021. In the first half of 2022, RTL+ will be expanded to a cross-media entertainment service, comprising video, music, podcasts, audio books and e-magazines, which will be a unique selling proposition in the German-speaking market.

As a consequence of these increased investments into RTL+ and following the strong growth of the Group’s streaming services, RTL Group has raised its streaming targets and will therefore grow:

RTL Nederland had a very successful first nine months of 2021 with its channels’ combined prime-time audience share in the target group of viewers aged 25 to 54 increasing to 33.1 per cent (January to September: 30.5 per cent). Popular programmes included the game show De Verraders, which was also sold internationally to NBC and the BBC. The Dutch net TV advertising market was estimated to be up by 29.6 per cent in the first nine months of 2021 with RTL Nederland outperforming the market.

Fremantle also had a very successful first nine months of 2021 across all three content pillars – Entertainment, Drama & Film, and Documentaries. Within its Entertainment business, the second season of Too Hot to Handle registered over 29 million views in its first month on Netflix. Other successful formats included Game of Talents, the French version of Farmer Wants A Wife and Indian Idol. On the Drama & Film side, Fremantle celebrated successful launches of The Mosquito Coast on Apple TV+, the third season of Shtisel on Netflix as well as The Investigation on HBO and the BBC. Fremantle’s film business continues to grow with 14 movies being produced in 2021 and its film Hand of God, directed by Paolo Sorrentino and produced by The Apartment for Netflix, has been selected by Italy to represent the country in the 2022 Oscars ‘Best International Feature Film’ category. Within their Documentaries business, Fremantle’s documentary Arctic Drift: A Year In The Ice was sold to 170 territories worldwide, while the series Veleno: The Town of Lost Children launched on Amazon Prime Video.

In September 2021, Fremantle completed the sale of its 100 per cent shareholding in Ludia Inc. to US-based mobile entertainment company Jam City for US-$165 million. RTL Group’s shareholders will benefit from the transaction in line with the stated dividend policy.

In October 2021, RTL Group announced a comprehensive cooperation with the advertising technology company Amobee, in order to strengthen their ad-tech businesses in continental Europe. As part of TechAlliance, RTL Group and Amobee will establish a jointly owned sales and services company for the ad-tech services of Amobee and Smartclip in Europe. Yospace’s technology solutions will also be leveraged by the TechAlliance offering. The agreement is subject to regulatory approvals and expected to close in the first quarter of 2022.

RTL Group confirms its outlook that was presented on 6 August 2021. This outlook assumes that the economic recovery from Covid 19 will continue in 2021, as vaccination programmes progress and no new lockdown measures are put in place.

Figures presented in this quarterly statement are not audited.